In the second segment of The Community, the crew sets out for some exciting hog hunting and take their friends from Vets 4 Huntn & Fishn alongside.

The Community show continues with some patient yet persistent feral hog hunting. Follow along in Episode 18.

The Community show heads out with Scott Carr to hunt wild pigs in California with a bow. Scott’s self-given nickname is “The Carr-Nivore”, and he certainly lives up to it in this episode.

Mark Grupe shifts back to hog hunting along with Kyle Alton, Joseph Goncalves, and John Naipo.

Follow DNA Bowhunter as they hunt wild pigs in the NSW ranges.

Texas MS Ranch has big feral hog problems and B3 films takes the call with a solution. Follow the team as they head out for some predator control.

Learn about Jesse Griffiths home state of Texas that holds two to three million feral hogs. Even though feral hogs are infamously difficult to hunt, Jesse reflects on their numbers and says pensively, “That’s a lot of food.” An advocate of hunting as part of food culture as opposed to gun culture, he recognizes the need for deep respect for the animal from the kill to the table.

The BoarBuster™ is a revolutionary trap system that is fully suspended and can be observed and dropped remotely from anywhere with Internet service. This video explains the research that led to the development of the BoarBuster™ system.

The Management Advantage #27 presents this special on the feral hog problem in the south is not only detrimental to property, but the hunting as well. 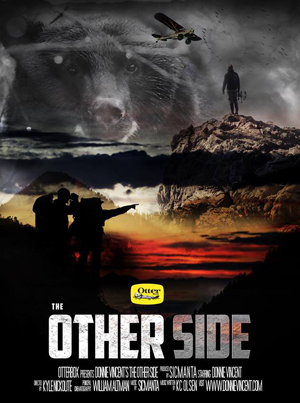